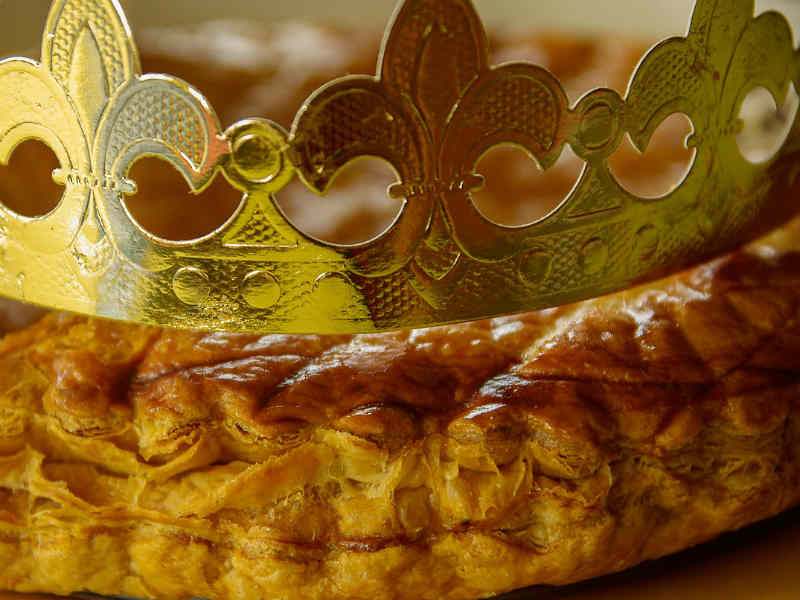 Happy New Year ! – What to expect in France around the New Year.

Now that the festive season is coming to an end, have you ever wondered how long it is common in France to wish everyone a Happy New Year or what their traditions are?

New Year’s Day or Jour de l’an is a public holiday in France and many will spend it quietly at home with family after the celebrations of New Year’s Eve Réveillon du Nouvel An, also called La Saint-Sylvestre (confusingly Christmas Eve and New Year’s Eve in France are both known as the Réveillon).

New Year’s greetings are a big deal in France and it is customary to wish friends and business acquaintances “Bonne Année” and even “Bonne Santé” the first time you see them in January. It is also a French custom to send New Year’s cards instead of Christmas cards and these can be sent anytime up until the end of January.

The festive season officially ends on the Epiphany which is on the 6th January and it is customary to eat a “Galette des Rois” which is a frangipane tart. The person that finds the ceramic charm or “féve” gets to wear the crown. In some families, le roi or la reine then buys the next galette des rois.

And lastly a word about “Etrennes”. It has long been a tradition in France to give workers like firefighters, posties, cleaners or concierges an envelope with a tip from 5€ to 50€ as a show of gratitude. Although this tradition is dying out, it is common for the firefighters or postmen to knock on your door offering calendars in return for donations.

So, don’t hesitate to wish your neighbours and French friends a Bonne Année right up until the end of January!