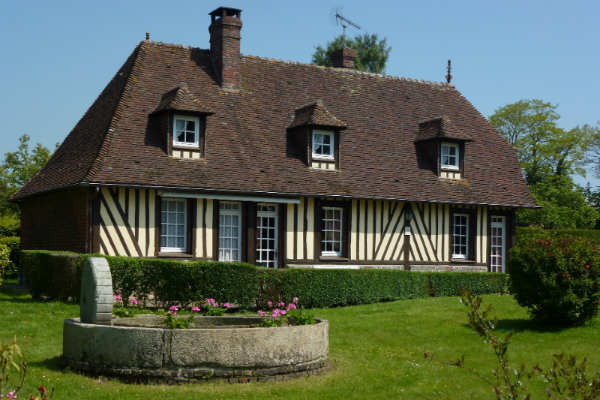 Eure is part of Upper Normandy, and - one of the ‘original 83 Departments - is largely surrounded by others, just barely touching the coast, and rising from sea level to nearly 250 metres at its highest point.

Wooded plateaux meet valleys and tributaries of the famous Seine river.
Much of the area is agricultural, and this blends happily with easy access to Paris.