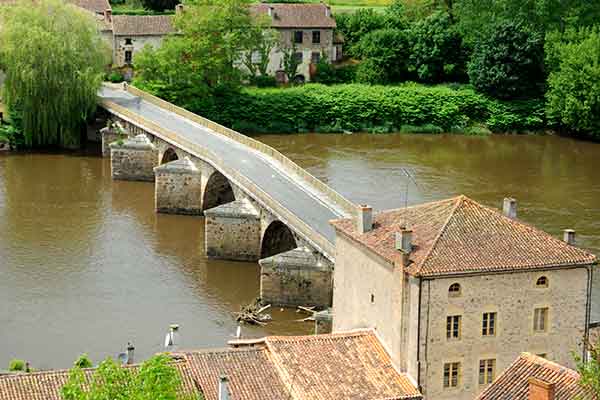 Famed worldwide for its Cognac production, the Charente is second only to Provence for the number of sunshine hours per year. The vines flourish under these conditions and stretch for miles in orderly ranks giving a distinctive look to much of the countryside.

The Charente river flows through the department and the city of Angoulème , which hosts an amazing weekend of classic car racing around the old city ramparts each September, where Bugattis battle it out with Rileys and MGs.

The Vienne river also winds through the Charente department and, along with the many lakes, this makes it an ideal place for anyone who enjoys a leisurely boat ride or any number of water sports.

Other must-see towns include Aubeterre (one of the listed 152 most beautiful villages in France), Cognac itself and La Rochefoucauld with its magnificent chateau.