Estate Agency in France - the rules and regulations

As we understand it, the rules regarding estate agency in the UK are fairly relaxed. Someone wishing to set up in business is free to take that commercial risk.

This is very different in France.
All agency heads must qualify for a licence to operate. The licence holder is liable for the actions of all staff.
This license is difficult to obtain. It is called a Carte Professionale.
A would-be licence holder is required to have experience, insurance, and a relevant degree in order to even apply.

The Administrative Police who issue this licence make unannounced spot checks rather than simply reacting to complaints.
Sanctions for non-compliance with very detailed laws are high and can be penal.

These rules apply to companies registered in France. They are not easily applied to Internet-only or foreign companies, some of whom offer an excellent service introducing buyers to selected resident agencies, or to the new breed of service providers who charge a seller for advertising and (perhaps) simply make an introduction to would-be buyers.

Estate Agency in France is generally well regarded as a profession, sometimes with good reason!
Agencies are actively involved in the legal processes from start to finish, working closely with Notaires, rather than just matching buyer and seller and passing them to a solicitor for conveyancing.
Some agents are even licensed to receive and hold client funds, and to prepare and witness contract signings.

Should you have real cause for concern, or worse, for complaint, expect to be taken seriously. 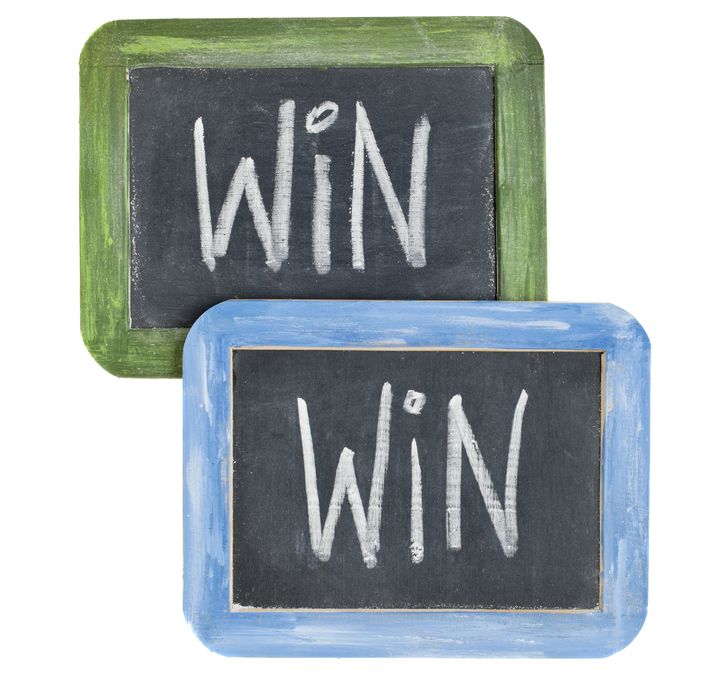 I was a property buyer before I was an agent. I remember clearly how irritated I was to be told by a 12 year old that I'd 'need to compromise' when I didn't make an offer to buy the first house he showed me.

The message seemed to be that I didn't understand the local market, what I wanted, or what I could afford.
Well, with the passage of time and the benefit of hindsight maybe those things were true. Maybe I was over sensitive to the delivery of the message.

Maybe.
From another angle, consider what does the agent mean by compromise?
The caveat in trying to tackle the question is to first say that I don't speak for all agents, and I don't personally use the word or its derivations.

For me it implies second best, hence my sensitivity. I hated being 'average' or 'second' at school!
It need not mean second best, or second choice.

Most people start with a wish list, possibly an extensive one. I know I do.
A decent agent who is trying to listen to your every desire may be overwhelmed by this long list. A poor agent will of course simply ignore it.

A buyer (in a buyers' market) may reasonably have expectations. Many of them. An agent, then, has a choice to risk your wrath in continuing with promoting a property that is 'less-than', or take you to the only property that 'ticks all the boxes' (but is attached to a cowshed, next to a motorway, under a pylon)

If it doesn't all stack up against your stated budget, an agent should tell you so.
'You are unlikely to get all that, at this time, in this area, for that amount of money'. (might be €25k, might be €25 million).
You might test this with a second agent to ensure the first isn't just lazy, or short of choice! If two agents tell you so, it's probably true.

And there are sometimes contradictions that are obvious to the 'local', but pass by the 'wisher'.
'I'd like to be within an easy stroll of a boulangerie and with absolutely no neighbours'.
Hmm. Is that bread I smell, or a compromise. It's either neighbours, or learn to bake bread!

Some people prioritise their wish-list.
And of course many of us have considerations that really are NOT negotiable. Understand your own motivation. To get a deal? To tick all the boxes? Both?

Ultimately, many people choose a property because it feels right.
The spreadsheet is a good start in ruling out the unsuitable, but it shouldn't rule the world.
We have a lot of ex-buyers/new friends who bought property with us that absolutely did not meet their specification. Happy compromise?

For these reasons a good agent will take a chance on viewing a property that might work, in your interests as well as theirs. Of course this is different to a bad agent who can't be bothered to drive more than a few kilometres, or who insists on showing blatantly unsuitable properties.

Incidentally (or not), when I type Compromis (a first contractual agreement to buy a property) on my iPad, the spell-check determines each time that what I 'really mean' is 'compromise'.
Nice try, iPad, and thank you for thinking of me, but I chose the property, not the agent. The agent helped me.

We are at an interesting juncture, technically.

You can see from the chart below that the current price (1.22) is in the middle of a clearly defined channel (black lines) that has been established since August last year.
The recent highs are at a price of just over 1.22 (the red line).
The price today (in the blue circle) is trying to break through this barrier. If it does, we could see a move to the upper line of the trend - around 1.25.
Technically, once the price establishes itself above the red line, then there is little resistance to moving higher.
A move to 1.25 would, I think, be a psychological boost to potential UK buyers (and would be widely publicised).
You never know with Forex, but watch out for this scenario unfolding.

Capital Gains Tax on the Sale of Properties in France 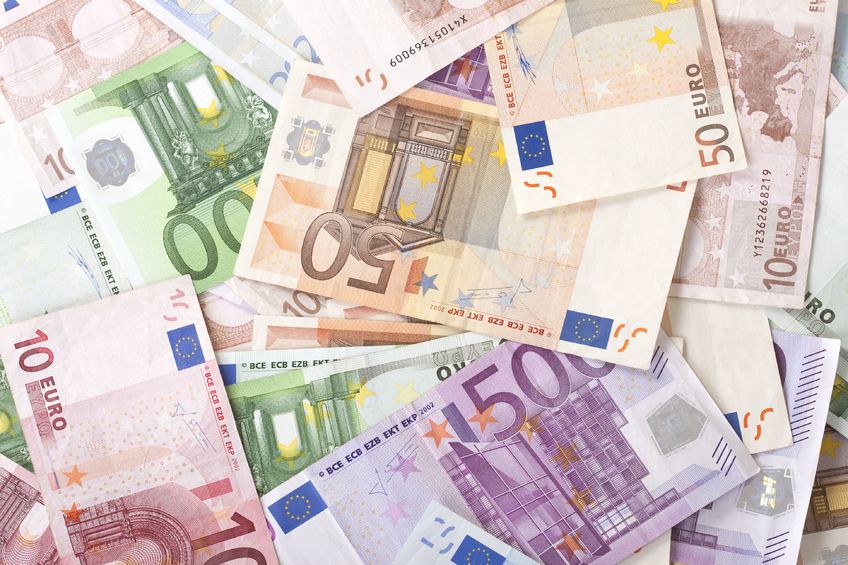 Capital Gains Tax is payable upon the sale of homes which are not classified as the primary residence. The classification as primary residence is usually applied if the seller can provide evidence of having paid "taxe d'habitation" (equivalent of rates) and has completed annual income tax returns in France.

The current rate of basic Capital Gains Tax is 19%. Since August 2012, an additional charge to cover Social Charges, of 15.5%, has been payable, making the total 34.5%. This rate applies for residents of France and the EEA. Residents outside the EEA pay a rate of 48.8%.

There are other considerations in the calculation of the ultimate charge, including allowances and deductions, related to the value of the sale, the age of the sellers or where divorce is involved

Relief is provided against each of the elements payable (the tax itself and the social charges) dependent on the length of time the property has been owned.

This means that dossiers involving CGT for vendors which complete after this date will be subject to the full calculated amount (unless the government extends the exemption nearer the time).

This may be an important consideration for vendors currently selling their property in France.

In all matters of tax, you are advised to take professional advice, or to visit a Notaire.

Cricket in the Dordogne: May 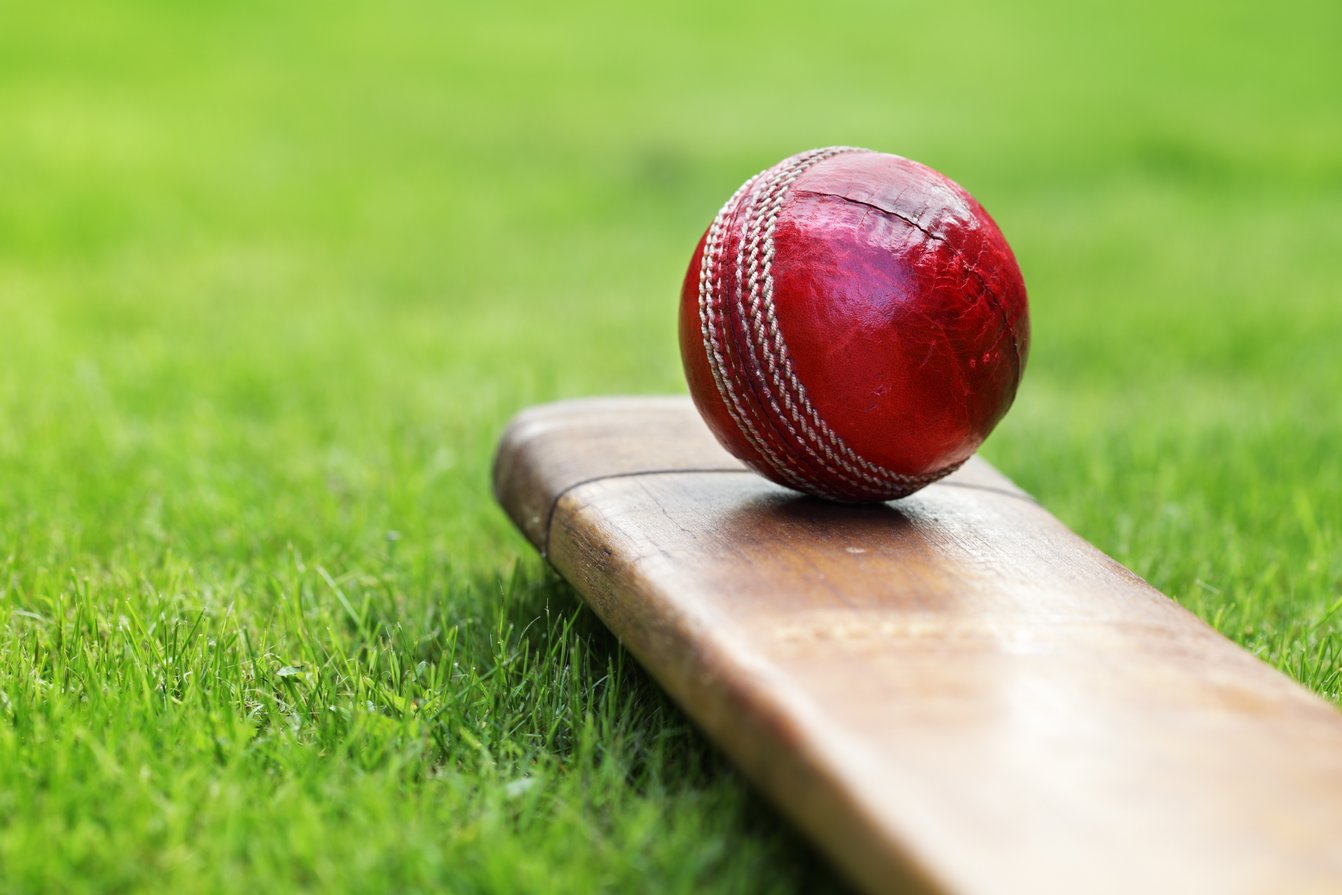 In spite of the weather May was a good month for St Aulaye Cricket. After victory over Eymet in the first Dordogne derby of the season we beat Mansle by 99 runs.

Eymet got off to a slow start on 11 May, then lost three of their top order to the hostile pace of Sukhdev Singh (3-28). David Horlock (44) and Sam Harrell (36) continued to bat steadily without dominating the bowling; in their 40 overs Eymet were restricted to 135-5. After the SAC openers were both bowled by Jaman (3-10), Jobrul Ahmed (28), David Bordes (29) and Zain Khalid (25) scored freely; Danial Mohammad hit the winning runs (a six) in the 33rd over.

Against Mansle on 25 May the openers failed again but "Billy" Mian (57), D Bordes (48) and Danial M (37) batted aggressively, hitting nine sixes between them, and helped SAC to 220 all out in 35.3 overs. For the visitors Alex Larter, who had removed the openers, returned to mop up the tail; he finished with the excellent figures of 5-43 – and the match ball signed by his team-mates.

Mansle, reacting to heavy defeats in their two previous league matches, batted cautiously but without much success against the SAC pace bowlers; after 17 overs the score was 31-4. Then a partnership between Ajmal Farooki (28) and captain Gary Clulee (26) – plus rather too many wides – helped Mansle towards a final total of 121 and a batting bonus point.

This month SAC are away to Eymet on 1 June and Mansle (just off the N10 north of Angoulême) on 29 June and home to Bordeaux on 15 June. And we'll also be at Brantôme for a "So British" weekend (21-22 June); on the Saturday afternoon we'll be demonstrating cricket and hoping to attract new members...

Neighbours, everybody needs good neighbours, especially if kind, knowledgeable and helpful. We were extremely fortunate; Francis fitted the rural home-buyers guide description, right down to the clogs and cap, though it frustratingly took us years before we could actually communicate, even on a basic level. He mooched about in his fruitful garden, handing out advice and regularly off-loading his glut of diversely shaped vegetables and never passing up an opportunity to prod at your own produce or get you beyond drunk on his delicious Pineau.

However, Francis had a small dog, Barry. As an animal lover, I could normally conjure up affection for even the most repellent of nature's creations, but for Barry it was impossible. His total disregard for personal hygiene prevented me from approaching his matted self. And he frequently made himself even more unpopular by shouting himself hoarse for nights on end at the slightest whiff of a saucy terrier. All in all, it was difficult to love him but I made a special effort as he was Francis' only child.

One morning our reliably unreliable van was back at its old tricks and broke down a considerable distance from home. However, I was lucky enough to find someone else's kind neighbours within walking distance.

I was energetically welcomed in to phone my husband, resisting all temptation to bend down and stroke their version of Barry. We had a lovely in-depth chat about 'something' and left to wait by the roadside, slightly squiffy, with armfuls of surplus, mutant vegetables.

I cursed my husband's choice of saviour as Francis pulled up, knowing we'd have an awkward journey home. But as luck would have it, he whipped open the door and announced, I've brought Barry for the ride, as I know how well you two get on.......oh formidable!

Obviously Barry is miffed at being stuffed by my feet so gets settled on my lap. I brace myself as he jams his nose against the windscreen and we start the journey home.

At this point we have to bear in mind Francis' age (over 80) and his clutch control, (non-existent), so we lurch, jerk and sway home-wards and my face is never going to feel clean again. Thanks Barry.

All good things must come to an end and Barry has gone to the big lamp post in the sky now. Sadly Francis followed shortly after but even now, when I hear a tractor starting up, I still think of our first French neighbours and wait for the demented barking - I honestly think I miss it...